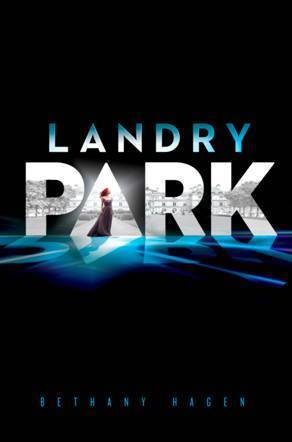 In a fragmented future United States ruled by the lavish gentry, seventeen-year-old Madeline Landry dreams of going to the university. Unfortunately, gentry decorum and her domineering father won’t allow that. Madeline must marry, like a good Landry woman, and run the family estate. But her world is turned upside down when she discovers the devastating consequences her lifestyle is having on those less fortunate. As Madeline begins to question everything she has ever learned, she finds herself increasingly drawn to handsome, beguiling David Dana. Soon, rumors of war and rebellion start to spread, and Madeline finds herself and David at the center of it all. Ultimately, she must make a choice between duty – her family and the estate she loves dearly – and desire.

Landry Park reminded me a lot of Diana Peterfreund’s For Darkness Shows the Stars, which I thoroughly enjoyed. As a result, Landry Park had high expectations to live up to — and, unfortunately, it didn’t quite meet them.

Landry Park reads as if it were historical fiction, complete with class conflict, debutante balls, and all. The world’s power stems from nuclear technology, and the society is ruled by a caste system. Imagine my surprise, then, when I find out that this book takes place in the future — in the 2300s to be exact. How the social norms, technology, and fashion regressed until they resembled the 1800s is beyond me, since the world-building was severely lacking on that front. A war with China was mentioned, along with coastal flooding, but the two were not assembled into a coherent reason as to how society came to be this way. While that may be because the main character didn’t know much about it herself, it was difficult to reconcile the futuristic setting with the customs and mannerisms of the time.

That’s not to say that I didn’t enjoy the high society scenes; given my love for period dramas and books set in the 1800s, I enjoyed reading about the ball gowns and the drama that came with a debut into society. My only complaint is that these scenes grossly overshadowed the main plot involving the Rootless and the “resistance,” making certain characters’ involvement seem half-hearted at best.

Our protagonist, Madeleine, is a member of the gentry. She wants for nothing, and dreams of attending university before she assumes control of her family’s estate. While she certainly is intelligent, her mind becomes preoccupied with thoughts of a certain boy, and the subsequent love square (or pentagon) started to irritate me. Madeleine’s weak attempts to convince us that she cares for the lower class did little to separate her from countless other heroines, making her rather forgettable.

I was very happy to see that the gentry and society members were rather diverse: society members are from all racial backgrounds, with most of them being mixed-race, and there was even the inclusion of a gay character.

Overall, Landry Park did little to distinguish itself from the many other dystopian novels out there, making it a mostly entertaining but forgettable read.