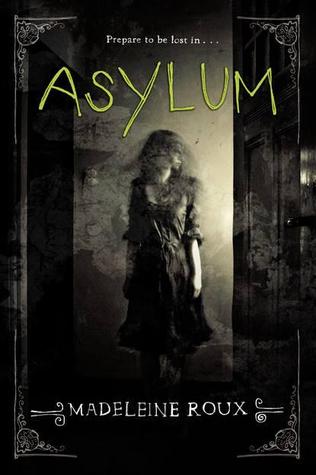 Asylum is a thrilling and creepy photo-novel perfect for fans of the New York Times bestseller Miss Peregrine’s Home for Peculiar Children.

For sixteen-year-old Dan Crawford, New Hampshire College Prep is more than a summer program—it’s a lifeline. An outcast at his high school, Dan is excited to finally make some friends in his last summer before college. But when he arrives at the program, Dan learns that his dorm for the summer used to be a sanatorium, more commonly known as an asylum. And not just any asylum—a last resort for the criminally insane.

As Dan and his new friends, Abby and Jordan, explore the hidden recesses of their creepy summer home, they soon discover it’s no coincidence that the three of them ended up here. Because the asylum holds the key to a terrifying past. And there are some secrets that refuse to stay buried.

Featuring found photos of unsettling history and real abandoned asylums and filled with chilling mystery and page-turning suspense, Madeleine Roux’s teen debut, Asylum, is a horror story that treads the line between genius and insanity.

The synopsis for Asylum promised me a creepy, thrilling novel that is similar to Miss Peregrine’s Home for Peculiar Children, which I adored. Unfortunately, it failed to deliver on all fronts.

Asylum‘s biggest downfall was the inclusion of black and white photographs. This worked exceptionally well for Miss Peregrine’s Home for Peculiar Children since Ransom Riggs found the pictures and built the story around them, allowing him to expertly weave the images and the plot together. In Asylum, the opposite is true; the images were clearly staged to complement the story, and felt neither creepy or authentic. My imagination came up with much creepier images based on the text alone, which either tells you that I’ve been watching way too many horror movies or that the photographs were pretty unnecessary.

The characters in this book were unlikeable and inconsistent. Despite being uncomfortable in social situations, Dan quickly befriends Abby and Jordan. They become inseparable, and all share constant mood swings throughout the book. Within the group, Dan and Abby have an awkward relationship, complete with Dan being incredibly jealous of anyone talking to her — and that’s after only knowing her for a few days. All of this, combined with the fact that Jordan’s character seemed pretty irrelevant and unnecessary, made Asylum a rather tedious read.

The mystery of the abandoned asylum itself wasn’t that bad. The creepy asylum, unexplained notes, and hallucinations made me curious enough to finish the book, though I was disappointed to see that I had correctly guessed how it was going to end. At the end there were so many unresolved plot threads and so many unanswered questions, making room for an unnecessary sequel that I likely won’t be reading.

Overall, I expected a lot more from Asylum. If you’re looking for a creepy, spine-tingling read, this is not it.