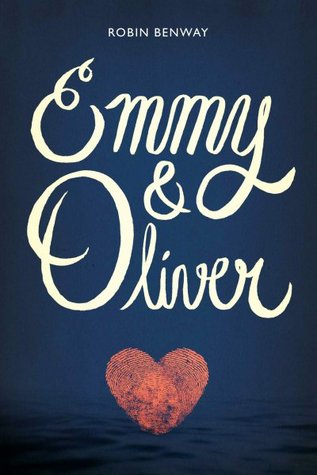 Emmy’s best friend, Oliver, reappears after being kidnapped by his father ten years ago. Emmy hopes to pick up their relationship right where it left off. Are they destined to be together? Or has fate irreparably driven them apart?

Emmy just wants to be in charge of her own life.

She wants to stay out late, surf her favorite beach—go anywhere without her parents’ relentless worrying. But Emmy’s parents can’t seem to let her grow up—not since the day Oliver disappeared.

Oliver needs a moment to figure out his heart.

He’d thought, all these years, that his dad was the good guy. He never knew that it was his father who kidnapped him and kept him on the run. Discovering it, and finding himself returned to his old hometown, all at once, has his heart racing and his thoughts swirling.

Emmy and Oliver were going to be best friends forever, or maybe even more, before their futures were ripped apart. In Emmy’s soul, despite the space and time between them, their connection has never been severed. But is their story still written in the stars? Or are their hearts like the pieces of two different puzzles—impossible to fit together?

Readers who love Sarah Dessen will tear through these pages with hearts in throats as Emmy and Oliver struggle to face the messy, confusing consequences of Oliver’s father’s crime. Full of romance, coming-of-age emotion, and heartache, these two equally compelling characters create an unforgettable story.

“Well, that’s growing up, isn’t it?” my dad said. “You don’t always have to know. And things aren’t always fair. You just have to keep moving forward. A step in one direction.”

I’ll admit that Emmy & Oliver is a book that I picked up entirely for the cover. I went in expecting a cute romance, and instead got a coming of age story set in a small town. It’s about growing up and finding your path in life, and Benway perfectly balances heartfelt and sweet moments with moments of heartbreak.

Emmy & Oliver explores all kinds of relationships: friendships, family, and romantic. I loved how involved and present the parents were, and the evolution of Emmy’s relationship with her overprotective parents, in particular, was very positively depicted even in the midst of Emmy’s frustrations. I especially enjoyed the friendship dynamic between Emmy, Drew, and Caro – it was honest, authentic, and a lot of fun. And, of course, the tentative friendship turned something more relationship between Emmy and Oliver was very sweet. I appreciated that their relationship took time to form, and was based on mutual understanding and trust.

Overall, Emmy & Oliver is a beautifully written, heartfelt exploration of love in all its forms and the nature of growing up.