This week, I’m waiting on The Witch Hunter by Virgina Boecker, which has an expected publication date of June 2, 2015. 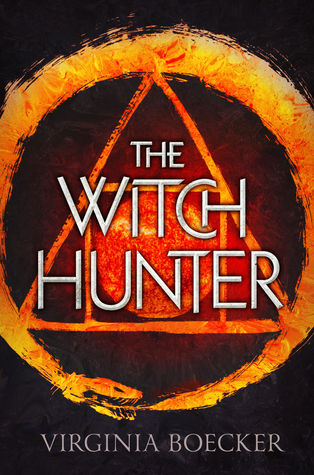 The magic and suspense of Graceling meet the political intrigue and unrest of Game of Thrones in this riveting fantasy debut.

Elizabeth Grey is one of the king’s best witch hunters, devoted to rooting out witchcraft and doling out justice. When she’s accused of being a witch herself, Elizabeth is arrested and sentenced to die at the stake. Salvation comes from a man she thought was her enemy. Nicholas Perevil, the most powerful wizard in the kingdom, offers her a deal: he will save her from execution if she can break the deadly curse that’s been laid upon him.

As she’s thrust into the world of witches, ghosts, pirates, and all-too-handsome healers, Elizabeth is forced to redefine her ideas of right and wrong, and of love and hate.

It’s Halloween month, so a book about witches, ghosts, and pirates is a must-feature. And since I’ve heard The Witch Hunter pitched as “Shadow and Bone meets The Tudors,” it’s not hard to see why I’m desperately counting down the days until I can get my hands on a copy of it.